What's on your mind?

Morgana (after the events of TLM)

Thank you to everyone who RP'd in "The Adventure Begins"!

As of now, the current episode is "Two Sides of Snow".

Anna: After having said goodbye to Elsa and Kristoff in Arendelle, Anna's carriage entered a new realm, passing through a portal into the Morphling Country, a world of strangeness. This was the realm of characters such as the Mad Hatter (who had left for Wonderland), Belle (who had moved to the World of Magic), and most importantly, Janus, the God of Choices.

Anna asked a commoner, "Do you know where Janus is?"

The commoner pointed at the Temple of Janus.

Audition for the role of the Evil Queen!

The Evil Queen: A nefarious villain from a story of the past, the Evil Queen was resurrected in a deal with the darkness, and she's out looking for revenge against Snow White.

On September 23, 2016 and September 24, 2016, there will be auditions for Anna from Frozen! The winner will be announced in the Announcements board in a thread titled "Casting Decisions".

Snow White: "Sapphire White, for the final time, come down for dinner!" Queen Snow White called up. She was sick of the crown princess not listening.

She heard Sapphire making a fit upstairs. Snow smiled. She could be troublesome sometimes. Snow White returned to her apple stew. She set the table when Sapphire came down.

"So how was school, sweetie?" Snow asked.

"Ooh, is he your boyfriend?" Snow teased.

"Omg, I swear Mom on the gods of Olympus, Eric is not my boyfriend!"

Then there was a knock on the door.

On September 3, 2016 and September 24, 2016, there will be auditions for Elsa from Frozen! The winner will be announced in the Announcements board in a thread titled "Casting Decisions".

OC Auditions! Read the description carefully for your audition!

Dr. Jekyll: A man in his 30s, haunted by the Serum he made which has the ability to separate a person's light and darkness. He is his light half, and horrified by Mr. Hyde, his darkness, he leaves the World of Science for the World of Magic to call Snow White so she can help find a way to banish Hyde to the Underworld.

Mr. Hyde: A wicked man in his 30s, Mr. Hyde is the evil half of Dr. Jekyll. Stuck in the World of Science due to imprisonment from Mr. Poole, Hyde seeks revenge and has a terrible temper. Travelling to the World Without Magic, Mr. Hyde enters the portal to Wonderland to meet with someone with an even worse temper - the Queen of Hearts.

Mr. Poole: A 50-year-old, Dr. Jekyll's manservant, Mr. Poole lives in the World of Science in Jekyll's Estate. When Mr. Hyde is unleashed upon the world, he makes a deal with a mysterious trade partner, Queen Elsa, to defeat Hyde and save his master.

READ UP FOR MORE BACKGROUND: https://en.m.wikipedia.org/wiki/Strange_Case_of_Dr_Jekyll_and_Mr_Hyde

Queen of Hearts: She was satisfied with today's beheadings when she received a letter from Hades. The Queen wasn't in the Underworld. Why? Yes, she was on the dark side. But she hadn't really been a villain; just a psychopath. There was a difference.

Hades' letter told her to go to the Royal Kingdom of the Apple. So the Queen left her pet Cheshire Cat in charge of running Wonderland. The Queen of Hearts summoned her magical power and teleported away.

Kristoff: In Arendelle Castle, Kristoff was reading and writing reports on the week's ice exports when Kai entered the room.

"Your Majesty... a letter from Queen Snow White."

"Thank you," Kristoff said, thinking, "what does Snow want from me?"

Kristoff's eyes widened in horror as he learned off the recent Soulless attack.

"Yes... I must go," he thought. Kristoff quickly wrote down a letter to Elsa and Anna explaining his mysterious disappearance. "Give this to the sisters," Kristoff ordered Kai. Kai nodded, and exited. Kristoff went to the stables. "Are you ready for a trip to Snow's castle?"

Kristoff took a last glance at the Arendelle Castle, then he and Sven raced off into the distance.

Snow White: Queen Snow White looked out of the castle window, watching everyone mill about doing their work. Satisfied, she went to her room when a guard arrived.

"Your Majesty! The Soulless have attacked!"

Sign on by adding your character names. You will be approved. 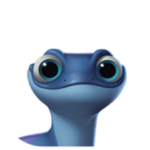